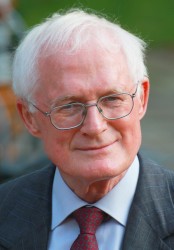 Writing a novel has at least one thing in common with reading a (good) novel – you never know what's coming next.

During your visit to my website I hope you will

What for many years was an interesting hobby, writing fiction has now become my main activity.

One result of this is that I read other people's fiction more analytically than before. I can see how they cope – sometimes well, sometimes less so – with the variety of problems thrown up when trying to be creative and interesting. In spite of that and in contrast with many literary critics and academics in the field of English literature I do not set out to find some kind of "message" in the form of a commentary on the social or political context in which a novel's characters operate. I assume that as a rule authors do not set out to make a statement on the wide significance of their narrative. Instead of that they just allow themselves to be driven by their own imagination and ideas to create a narrative with a certain background, which of course they have selected and described themselves. (A possible interpretation for Graham Greene referring to many of his early novels as "entertainments"?)

Since completing my first full-length novel, however, I see the question differently.

Certainly, when I started writing "Bengal 1943" I did not have – to use a current term – an agenda. But once I'd finished, I realised that I had made some kind of statement. In this case it was about how major catastrophes affecting millions of people can come about in spite of well-meaning and energetic attempts to prevent them. The facts upon which I drew provided their own logic, which I hardly needed to amend.